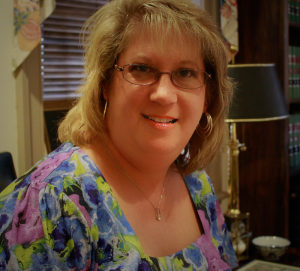 Marcie Riley was born in March, 1962 in Baltimore, Maryland. A 1982 graduate of Villa Julie College, Ms. Riley earned her AA degree after majoring in court reporting with a minor in business management.

After working as a broker’s assistant for several major stock brokerage firms in the Baltimore area, Ms. Riley switched professions and found her niche with a prestigious law firm in Towson, Maryland where she worked as a secretary/legal assistant for 13 years. When it’s then President left to begin his own law practice, Ms. Riley joined him as his secretary and office manager and remained with him for another 4 years.

In July, 2005, Ms. Riley left the hustle and bustle of the “Western shore” when she re-married and moved with her son to the “country” and settled in Galena, Maryland (Kent County). She began working at Hoon & Associates in August of that same year as a legal assistant.

During her son’s high school years, Ms. Riley enjoyed life as a “band booster mom”. She accompanied the band on its many fundraising performances, parade performances as well as its many competitions in places such as Atlanta, Virginia and Florida. Now that her son has graduated college and is in the Navy, she spends her spare time reading, visiting family, and taking care of her pets which include dogs, cats, a rabbit, guinea pig, fish and a snake.

As a team member of Hoon & Associates, Ms. Riley is ready, willing and able to assist you with all of your legal needs.

Rightful liberty is unobstructed action according to our will within limits drawn around us by the equal rights of others. I do not add ‘within the limits of the law’ because law is often but the tyrant’s will, and always so when it violates the rights of the individual.